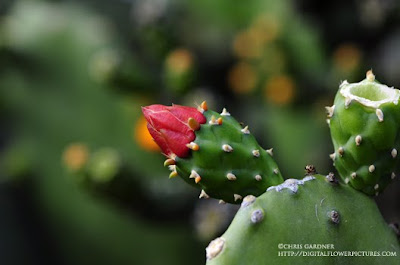 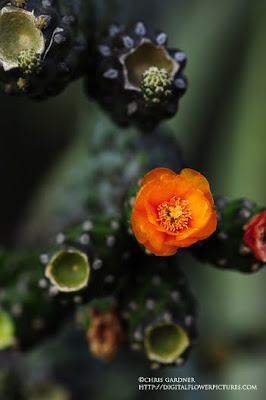 Finally made it home after a somewhat arduous journey of 48 plus hours. The blizzard that hit New York really messed up my travel plans. Yesterday I had boarding passes for 5 different flights and finally got one from Los Angles to St. Louis and to La Guardia today. It sure wore me out but exploring Hawaii for a couple of weeks was well worth it.

The trip home took a lot out of me and I am still real tired but wanted to share another plant that I saw in Hawaii. This Cactus was growing in Kapiolani Park on the quiet end of Waikiki. We saw quite a bit of Cactus on the islands especially in the hot dry areas. The climate of the Hawaiian Islands is totally amazing. Here is a reference page to the climate of Hawaii from the Western Regional Climate Center. The link gives a good overview of the weather there and in rainfall section it has a few interesting facts:

“If the islands of the State of Hawaii did not exist, the average annual rainfall upon the water where the islands actually lie would be about 25 inches. Instead, the actual average is about 70 inches. Thus the islands extract from the air that passes across them about 45 inches of rainfall that otherwise would not fall. That the mountains are dominantly responsible for this added water bonus is evident from annual rainfall maps, which show the tremendous amounts of rainfall deposited in mountainous areas in the average year. In many mountainous areas of the State these depths exceed 240 inches, or 20 feet. At Mt. Waialeale, on Kauai, the annual average reaches the extraordinary total of 486 inches – over 40 feet. This is the highest recorded annual average in the world.”

“An average of 70 inches of rainfall over Hawaii is equivalent to not quite 8,000 billion gallons of water per year. This is more than 10 times the annual water use of something over 700 billion gallons. According to the 1965 figures, irrigation accounted for 74 percent of this total use; industrial uses (chiefly for cooling) accounted for 19 percent, while the remaining seven percent was used for domestic and miscellaneous purposes.”

“There are very few areas elsewhere in the World and none elsewhere in the United States where rainfall gradients are as steep as they are in Hawaii. In a great many places in Hawaii the annual rainfall gradient exceeds 25 inches per mile; that is the rainfall increases 25 inches for each mile transversed along a straight line. In a very extreme instance, the gradient is 118 inches per mile along the 2-1/2 mile line from Hanalei Tunnel to My Waialeale on Kauai.”

And good for the cultivation of Cactus:

“The driest areas are on the upper slopes of the high mountains, on leeward coasts, or in leeward locations in the interior of the islands as in central Maui. In the driest of these areas the average annual rainfall is less than 10 inches; and one area, around Kawaihae Bay near the northern end of the west coast of Hawaii, the rainfall is less than seven inches.”

Needless to say I like the wetter areas, as the lush tropical jungle always impresses me with a huge selection of different species and abundant growth. Going from one type of climate to another to another all in a relatively short time period is a nice experience and fun to see what is going to be growing next. 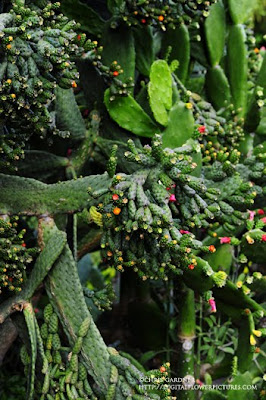 This is a partial shot of the Cactus Planting the first two macros are from.
Click Here for a Larger Version

It is going to take a few weeks to sort out the pictures from this adventure. Some of that time will be used figuring out what plants are which. I am looking forward to the research.
Posted by Digital Flower Pictures at 7:45 PM