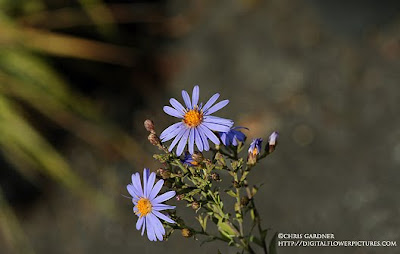 There was no update on this site yesterday because we were one of the over 3 million homes that the historic October snowstorm knocked out power to. It is a disaster on the scale we have not seen here for many years, particularly to the botanic community. Not only does almost every tree have some damage but most shrubs do too. My garden is pretty much in ruins including the rescue Kousa Dogwood that we saved several years ago. It had turned into a fine little tree and now lies in splinters on the side of the lawn. I have also had reports of trees being just bent up to being totally uprooted from clients. Today I am going out to make a full damage survey if the roads are open. Lucky for us and ironically just after hearing a report on the radio that power could be out for 7 to 8 days in our area the lights came on. It was nice not to have to be huddled near the fireplace and to have our communications and refrigerator back. This storm was much worse than T.S. Irene.

Today’s flower is a nice Aster seen a couple of weeks ago. I am sure it is pounded into the ground now. The color is more purple than blue yet it carries the moniker of ‘Bluebird’. It is a tall and very hardy perennial that blooms very late. It is also considered mildew resistant. Mildew didn’t seem to be a problem this year with the Asters but we did put a preventive fungicide spray down during the summer.

Since it is Halloween, which has been cancelled (never heard of that one before) in many local towns, here is a scarecrow picture from a local nursery display. 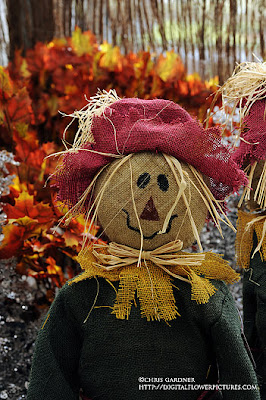 Posted by Digital Flower Pictures at 6:40 AM