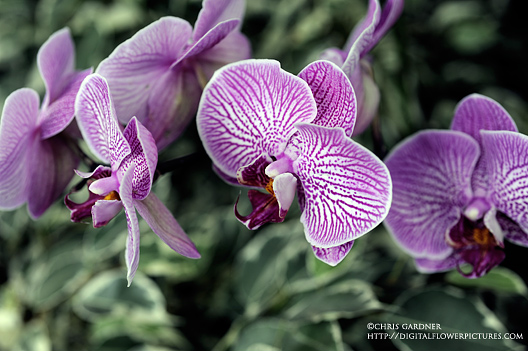 A heavily spotted version of a Doritaenopsis intergeneric hybrid. I have to admit about being confused about Doritaenopsis as a genus. The names Doritis and Doritaenopsis are now out and these orchids belong to Phalaenopsis. The names seem to keep changing and plant names are much less settled then I once believed them to be,

I got my Christmas present yesterday and it was something I waited a long time to get. Since my old guitar needs to be retired due to stress cracks in the pick guard I wanted another Fender Stratocaster to replace it. Ironically the new guitar is almost an exact replica of the old one. The people in Guitar Center were getting sick of me demoing every Strat in the store. When I plugged in the 2003 Eric ClaptonSignature Model  I knew I had found my perfect prize. After playing hardball on the price it went home with me.

Here is a Sunday bonus snapshot. This flower was at the orchid wholesale nursery and was unnamed. It really had a rich, velvety appearance. 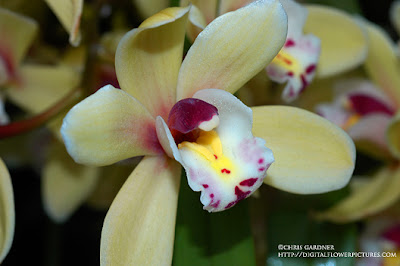 Posted by Digital Flower Pictures at 11:21 AM

Email ThisBlogThis!Share to TwitterShare to FacebookShare to Pinterest
Labels: orchids

That is a lovely gift for Christmas. May you have many happy hours playing beautiful music. Those orchids are fantastic!