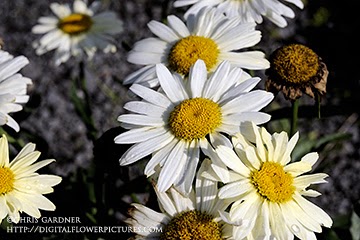 When people ask me what my favorite flower is they often seem disappointed when I say Daisy. I guess they are expecting me to say some exotic orchid or something but Daisies just seem to be an elemental flower whose beauty is in its pure color and geometric simplicity. Besides you can’t play a game like loves me loves me not with an orchid.

This cultivar of Shasta Daisy was introduced in 2006 and was kind of riding the wave of yellow tinted Shastas that were coming out at the time. This one’s flowers start out yellow and then fade to white on a sturdy plant. Shasta Daisies are nice to have in the garden and are easy to grow. I think they like full sun but can grow in partial shade. The more shade the stringier the plants get. If you deadhead your plants they will reply in kind with another round of blooms. 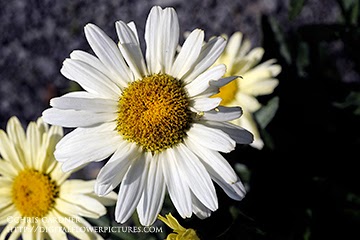