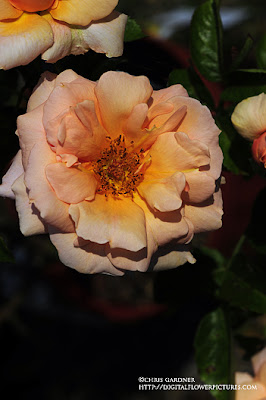 This was a rose spotted at the local nursery. The color is fantastic and the fragrance is strong too. It seemed like a vigorous rose that was trying to outgrow its pot. Bred by famous French breeder Alain Meilland it was introduced to the US in 2007 by Star Roses.

I don’t usually recommend Hybrid Tea roses for casual growers but the color on this one would sure blend into a pastel or a collector of this color garden. It gets 5 feet tall with glossy foliage.

This past weekend was a busy one. After seeing Erika’s soccer game and attending a classic car show on Saturday (I did love the real Shelby Cobra there) we went on Sunday we went to the Taste of Danbury festival. We didn’t eat too much but enjoyed the concert by Brian Howe. I was a little skeptical that he was being billed as the “former lead singer of Bad Company.” The show was great with a lot of the old Bad Co. songs well presented. I couldn’t believe that within two weeks our little town had hosted ZZ Top and this rock concert. The guitar player for Mr. Howe was really good and it was refreshing to hear a vintage Les Paul guitar plugged into a Marshall stack. It doesn’t get more basic than that. I bought his new CD and got it signed afterwards at the free meet and greet. I don’t think Karen appreciated his wry British sense of humor but he had me cracking up several times during the show. 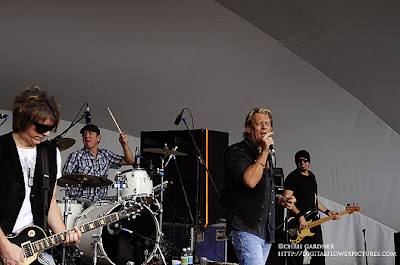 Brian Howe and his band performing at a Taste of Danbury festival.

This was the first time I had used Karen’s old 18-135mm lens, which produces a smaller image with the D700 camera. It is sharp and it was nice to be able to go to a really wide 18mm

Posted by Digital Flower Pictures at 6:47 AM