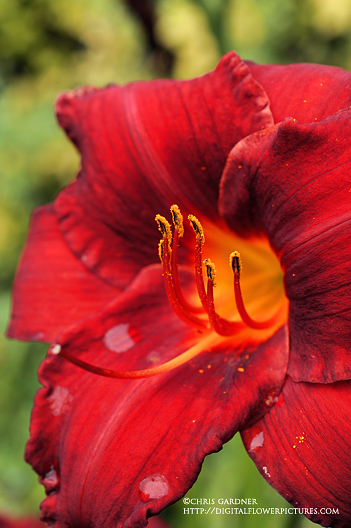 This seems to be the last blooming Daylily in the garden. While a couple of the rebloomers are struggling to produce a few ragged flowers 'Chicago Apache' is full bloom. I tried to resist photographing a lot of Daylilies this year having done that to death here over the last few years. This red one was too vivid to ignore and you could see it from various vistas in the garden.  I have included a group shot of one of the whole scapes having taken a step back after doing the close up version. It seemed the Hemerocallis were especially vivid this year and I enjoyed having the private collection of various seedlings and cultivars here at the house. They also grew amazingly and need to be divided now. 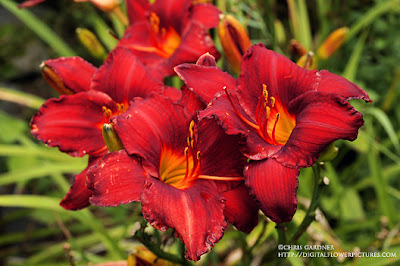 Posted by Digital Flower Pictures at 6:20 AM