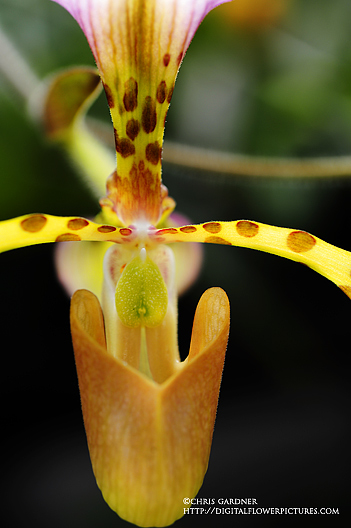 For the last several months this site has been relying on outtakes and archive materials as it has every winter of its existence. The folder I have been using is called “To Be Used 2011” and it has gotten so I don’t even want to look in there again. So a new folder has been started with 2012 replacing the 2011. Today’s Orchids were photographed in California and were growing outside in kind of a lean-to greenhouse. It was a nice collection of unusual species. All of these photos were shot with the Nikon D700 and 60mm nikkor-micro lens. 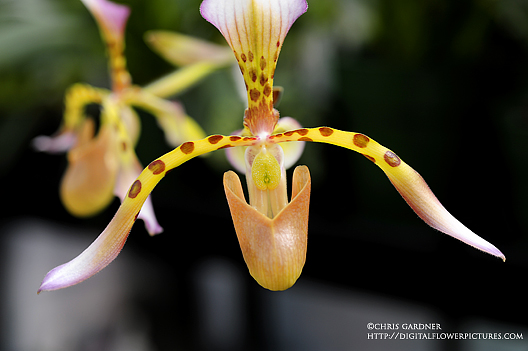 Since it is Sunday again here is a bonus snap of an unknown Orchid. The color scheme and design of this flower gave it an almost scary look. 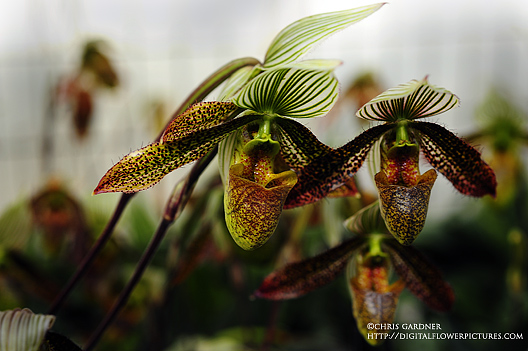 Posted by Digital Flower Pictures at 9:00 AM

These flowers are most intriguing .