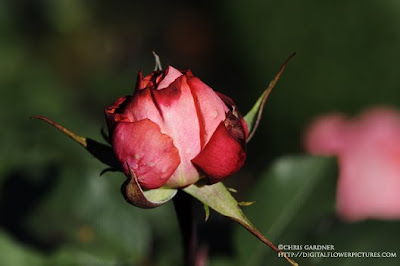 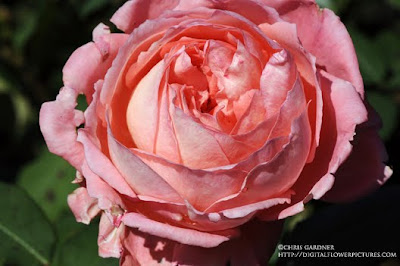 Since there haven’t been too many rose photographs here this year here is a late season Hybrid tea named after the American movie starlet Liv Tyler. She also had a famous father. He is one of the Toxic Twins. Personally I have always loved Aerosmith and think of them as the American equivalent of the Rolling Stones.

This rose like its namesake is very pretty but not in a flashy way. It has a great scent and a nice color. This rose was growing at NYBG and even last weekend the rose garden still had a lot of flowers. The roses tend to get a bit scruffy this time of year with various holes, spots and pockmarks.

Here is a link to some thoughts Liv had on having a rose named after her. Short Article
Posted by Digital Flower Pictures at 6:06 AM

That's a very pretty rose... but am I the only one who wonders about some of these roses being named after people who are kind of pseudo-celebrities? Maybe I'm a snob, but I'm fine with naming a rose after someone iconic like Audrey Hepburn. But Liv Tyler? (When Katherine Hepburn doesn't even have her own rose? Come on... Kate deserves something bold, with a spicy scent, no?!)