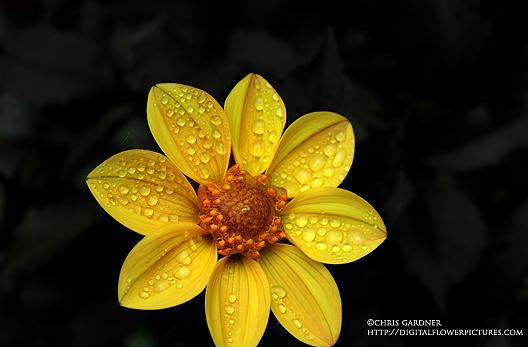 Last year we had two of the ‘Happy Single’ series of Dahlias and both did well. This one was particularly striking because of the contrast between the really dark foliage and bright yellow flowers. It seemed to be a constant bloomer and filled its spot in the small cutting garden nicely.

Since it is Sunday here is a bonus shot. This bug was crawling on my leg in the compost area and scared the heck out of me. It was huge (about 2 inches) but turns out harmless. It is the larva that does the most damage in the garden. This one played possum for a while and after showing off my trophy I let him go. He was playing dead but after checking on him a few minutes later he was gone. The clicking was really weird. 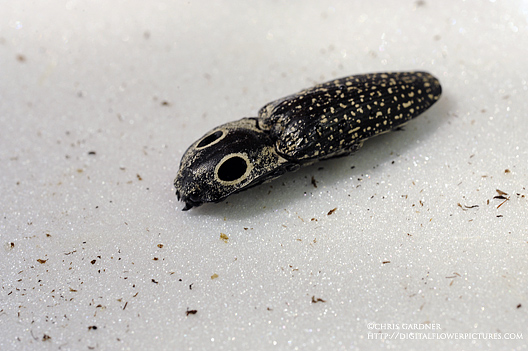 Email ThisBlogThis!Share to TwitterShare to FacebookShare to Pinterest
Labels: Dahlia

That flower is amazing. Your photography blows me away.

That bug would have had me leaving town. (Nice he sat for a portrait!) What on earth his it?