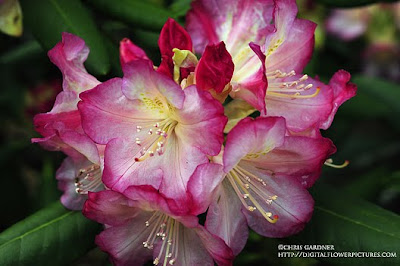 Yesterday we went to garden party at an old friend’s house that passed away in February. The garden is spectacular and David was one of the biggest plant collectors I have ever seen. His historical house was filled with all sorts of things that you would normally just drool over in garden catalogs. He had supervised all the design and installation work himself. Often spending long hours with the shovel himself.

I had visited him many times at the ‘farm’ but had never been there at this time of year. His collection of Rhododendrons and Azaleas were blooming with a lot of other fascinating plants. Luckily some provisions were made for continuing the garden with several groups and a trust fund. So this horticultural gem will continue wowing visitors for sometime. Learning this made the visit a little less bittersweet and I imagined him being happy with the large turnout for his going away party.

This yellow Azalea was top notch and was glowing on a kind of damp and dark day. 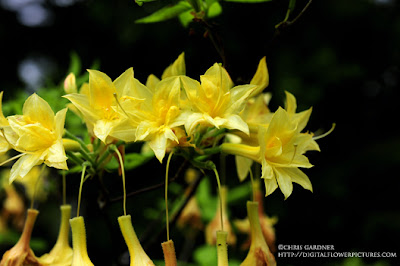 your eyes are wonderful for macro shots
congrats
http://graceolsson.com/blog/2011/05/measure-of-life/

Beautiful. Sounds like your friend had a great relationship with his garden.