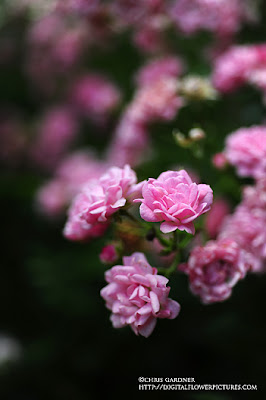 This rose was recently featured here as the first rose of the year and it is still going strong. I often get stuck in a bit of a rut when photographing flowers and lately I have been trying a couple of new things. Here a shallow depth of field was used and I have been experimenting with that more. Something as simple as turning the camera into the landscape orientation (the long side horizontal and so the shorter side vertical) has been something else for me to remember to use. It is simple but effective.

Feeling a little under the weather as I lived out a dream from the late 1970’s when we attended the Peter Frampton concert at our local concert venue last night. It sure was amazing. Some of the best guitar playing I have heard in years. It wasn’t the flashy, shredding type of playing but more like a sophisticated tone based playing. He is quite a showman and has an awesome band. I should have brought my camera as Peter was telling the “red shirts” to leave some one alone who was taking a photo. “Let her have her photo”, was a great attitude to have.
Posted by Digital Flower Pictures at 8:22 AM

Glad you enjoyed your concert. I love your rose photo. Bonica is one of my favorite roses for mass plantings. You know those deer....will hold off planting anymore roses --for now!