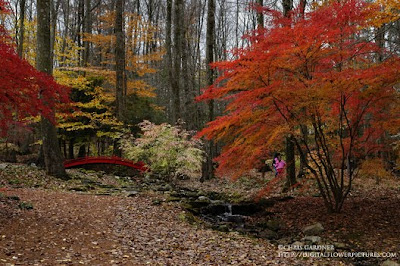 Keeping up the streak of incredible Sundays I have had was my trip to the Steinhardt Estate in Westchester County. Open to the public twice a year through the Garden Conservancy yesterday was the fall day. In some ways it would have been better one or two weeks earlier since a lot of the foliage was down. It didn’t erase any of the beauty of the place.

Among the collection of 2,000 species of plants are 350 cultivars of Japanese Maples. There were still a lot in full color and it wove a beautiful color tapestry through the woods. The also have some exotic animals like Camels, Flamingoes, and Monkeys. One of the things I found amazing was their network of different garden bridges. There were ornamental ones, stone, wood and even a rope suspension type bridge. 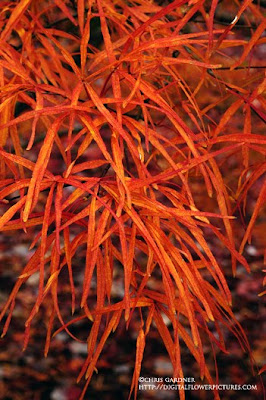 There were still a few flowers out like this Shasta Daisy. Leave to me to visit one of the largest collections of Japanese Maples around here and come home with a picture of a daisy. I looked for a sign but this Shasta had flowers that were huge. The largest I have ever seen. The Toad Lilies were also flowering along with some purple Asters and a big patch of Sheffield Chrysanthemums. It was really getting crowded when I was leaving. It was a short couple of hours tour but well worth it. 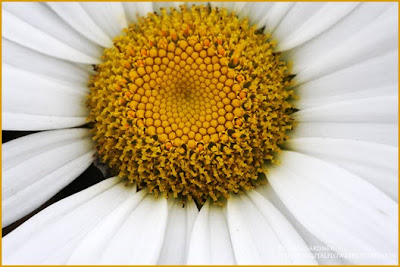 The first two pictures were taken with my Sigma 17-70mm F2.8-4.5 DC Macro lens and the D70s. It has been such a long time, like all year, since I used a zoom lens aand it took a while to get used to it.
Posted by Digital Flower Pictures at 6:18 AM

So happy that you enjoyed your visit to the Steinhardt Gardens. A week ago Sunday was the perfect day for the Maples. It's very difficult to pick the right date from year to year.
From Shanti Bithi Nursery (the garden designers)

That linear leaf Japanese Maple is really something. Did you happen to get the cultivar name?

Les, I pretty sure it was Acer palmatum 'Filifera Purpurea'. It was really glowing even in the crappy light that Sunday was providing.

Hi Gayatri,
You people did a marvelous job over there. I would love to work on something like that someday. As a side note my parents used to own the nursery where Designs by Lee is now. Very close to Shanti Bithi.

Janet,
thanks that Sigma lens can do the job sometimes.

Thanks for the ID.