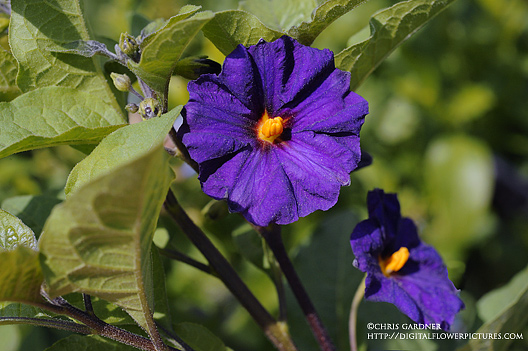 Purple flower lovers will go crazy over this shrub. It has some of the richest purple coloring I have seen. It’s funny because I always thought this plant was classified as a vine but it is considered a tropical shrub. We have grown the white flowered version of this and while it looked a little ummmm unkempt during the season and grew like wildfire it was nice to have. There is also a variegated version with white flowers.

Tomorrow is the gig and I am a little on edge about it. Everything will be fine but that doesn’t stop my worrying about it. I am bringing three guitars including this one. “Gomez” is a personal favorite and a heck of a guitar.

For Christmas 2001 Karen kept asking me what I wanted for Christmas. I was in a good place and didn’t really want anything but she kept asking. Finally I barked, kind of kidding, “ I want a Fender Telecaster, a sunburst one (my favorite finish)” and forgot about it. Well she went down and saw my friend at the local Sam Ash (huge music store) and had him pick this one out for me. There it was under the tree on Christmas morning and I didn’t have a clue. Ever since then we havng been having a love affair. All of the electronics have been upgraded to high output so it really screams now. It also plays nicely on softer stuff. A classic in the making. 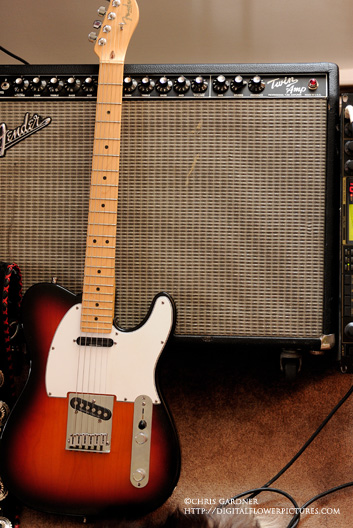 I agree! If you ever want me to put any of your photos on the ceramic tiles just let me know...your photography is gorgeous.