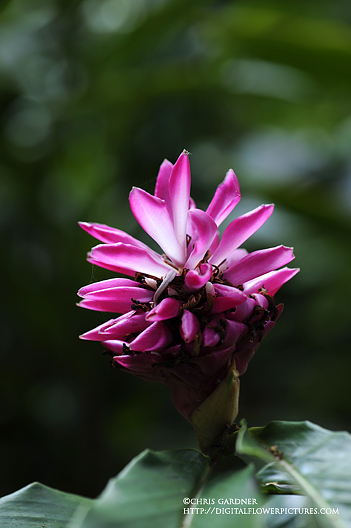 While wistfully rummaging around in my archive of Hawaii photos this picture from the Hawaii TropicalBotanical Garden on the Big Island. The garden was one of my favorite botanical places I have visited on earth, so far. The Island of Hawaiʻi was amazing to in general. It is the largest island in the United States and almost the size of Connecticut and Rhode Island combined. Eight days was not nearly enough time to fully investigate its beauty but what we did see was impressive. We especially enjoyed the city of Hilo. It is quite funky in places (in a good way) and gave bit of a feeling of a tropical Greenwich Village without the vague hint of sophistication that neighborhood in Manhattan seems to retain amongst even the worst chaos.

This flower is identified correctly I think and was quite beautiful. Blooming under a shady and humid canopy of Palms and other large trees it did stand out. I don’t know much about Gingers but they seem to come in a variety of shapes and sizes. I am also sure I would find them of use if gardening in a tropical area. They have struggled in the greenhouse.

Since it is Sunday again here is a bonus snapshot also from the Hawaii “roll”. The HTBG had an amazing display of Orchids growing outside and most were in full bloom. 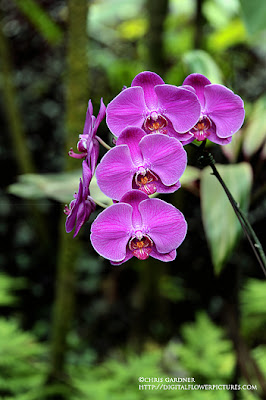 Posted by Digital Flower Pictures at 9:58 AM