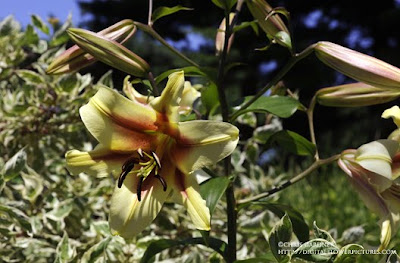 Here is another Lily to kick off the Today’s Flower meme for this year. This flower is a hybrid between the Chinese Trumpet and Oriental Hybrid Lilies. It sure was a pleasure to have in the garden, as it seems to exhibit some of the best qualities of each species. ‘Touching’ has an interesting coloring and the flowers are large and fragrant. Although 'Touching’ was listed as growing 12 to 18 inches but my experience was a lot taller like 3 to 4 feet tall. Most of the Orienpet Lilies are hardy to USDA Zone 4 if you mulch them. Good news for northern gardeners.

Since I have culling through all of the photos that I took this year there will be a mixed bag of stuff posted here until we get back to Hawaii and have some ‘fresh’ flowers to post. We leave in 3 weeks and a day for a three island extravaganza including Oahu, Maui and the Big Island. Since the winter has kind of locked us down here so far I am just ticking off the days. Since this flower often shows up in floral arrangements I often wondered what it is. This fall at Kiku Chrysanthemum Show at the NYBG it was finally revealed to be Chrysanthemum ‘Yoko Ono’. The green coloring on the flowers is nice and different. 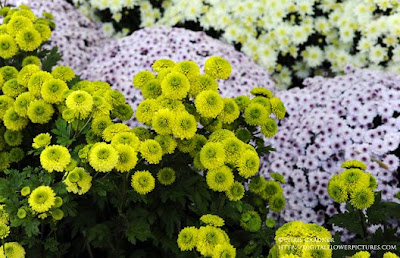 I was going to post a Daylily but realized that was last week’s Today’s Flower. There are still plenty of Daylily photos in reserve and I am toying with the idea of having a little festival later this month. So instead of a Daylily here is a Dahlia. It is called ‘Hot Shot’ and that was a good name for it. I couldn’t really find any information on the cultivar but do remember it being a striking color. 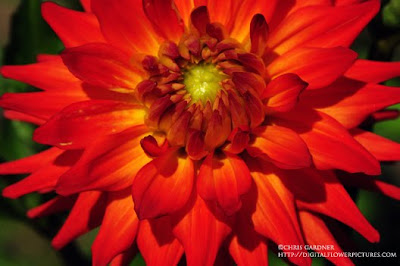 For more flower pictures from around the world check out:
Today’s Flowers . The links open at 1400 GMT.
Posted by Digital Flower Pictures at 8:03 AM

All are beautiful blossoms! Love the vibrant color of the Dahlia and enjoyed learning about the Orienpet Lilies ... a new one for me ;-)
Thanks for sharing.
Hugs and blessings,

I really like the colors of that lily, and I love the fire in that dahlia, (which flower I always think I am spelling wrong).

what a great entry you have!wishing you all the best in 2010!

Snowy flowers is my post. Have a blessed Sunday!

Wow, your daylily is gorgeous. My favorite is the Hot Shot Dahlia. I am going to have to look for it in the spring.

Lovely show of blossoms. The fiery dahlia is a show stopper!

Just beautiful, all of them!

Your flowers are all so beautiful.
Happy New Year

DFP: That was a nice show with your lily and your other flowers.

Hawaii---jealous! Looking forward to photos! There is a lady on Flickr who posts a ton of plumeria from there with some awesome green turtle shots---maybe you can find some of those!

Beautiful flowers and cheeky comment...my computer has a nasty little mind of its own, say what you will.

After last years culmination of our 6 year drought, sll my lilies, and I especially mourn my large collection of Orientals, have gone to join the great white lily in the sky. Yours is so beautiful.

Love all your pictures especially the Orientpet Lily. I haven't seen such Lily here..

You've shared some very beautiful blooms with us again Arija. Lovely as always!