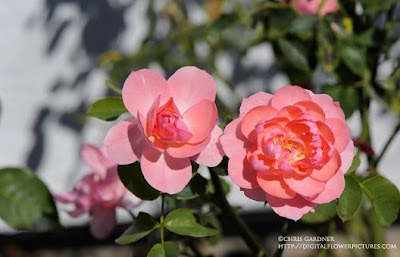 This rose was growing out on Long Island. The photo was snapped on September 21st during our winery tour. ‘Passionate Kisses’ has been featured here before. It really looked nice blooming up against the white stucco wall. The color has a nice bright effect and the blending is complex and beautiful.

On Wednesday we attended the Tim Burton exhibit at the Museum of Modern Art in Manhattan (aka the MoMa). Of course photography was not allowed inside the show itself but I did get a picture of this balloon. 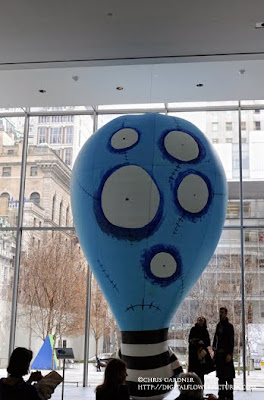 Although it was crowded we were able to wander around and see everything. It wasn’t quite as impressive as I thought it was going to be but it has some very interesting parts. The early Tim Burton history was amazing to me. The various papers and drawings from his middle and high school days clearly showed his mind was not like other peoples right from the start. To me it was amazing how little doodles and partial stories later become big screen blockbusters.

While most of his work has a similarity to it that didn’t bother me as much as it did some of the critics in the reviews I had read prior to going. His photography, which seemed to have been done mostly with a Polaroid, was fascinating. All in all it was definitely worth attending.

We didn’t spend too much time touring the other galleries. The Monet exhibit, while grand in scope, was a little boring to me. I guess I like a little more color in artworks. We did have a quick look at the Picasso collection and some of the other paintings. The exhibit entitled ‘new photography’ was a bit of a misnomer. It was actually old photography and new to the collection of the MoMa. There were some truly amazing photographs and some that were just ‘meh’ to me. 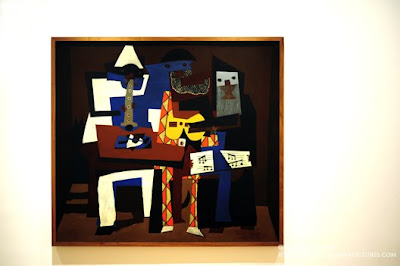 
The forecast is for a little warmer weather. Hopefully it will be a long January thaw!
Posted by Digital Flower Pictures at 7:55 AM

That's a lovely rose, especially to chase the drearies away during this seemingly interminable winter. Thanks for sharing it.

Thanks for the mini-review. I would still like to see it and perhaps it will grow legs and travel.


Les,
Somewhere on the moma site there is an online interactive version of the show. There is also a Charlie Rose PBS special on it.

I am trying something new here. This link will take you to a larger size picture of Passionate Kisses

Hi Chris, Passionate Kisses is beautiful --I like the ability to open a larger photo.
I think a Tim Burton exhibit would be fun to see.

I would recommend 'Passionate Kisses'. It looks like a 'new' color to me.