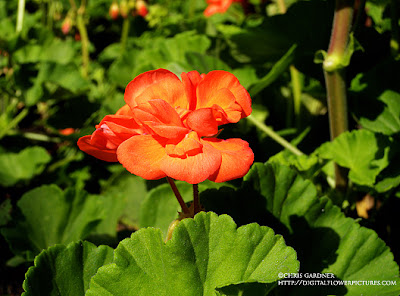 This Geranium was spotted at the Magic Kingdom last winter. It really had a nice color, which is really only partially represented here. The flowers at Disney were all amazing and it is always nice to see large scale bedding plant displays. I don’t know what grows down in Florida during the summer but the Geraniums, Pansies and Snapdragons are sure nice to see during the winter. I remember passing a huge display of Pansies at Epcot that had a beautiful fresh smell and they were looking great.

Tuesday night Karen and I attended the Allman Brothers Band concert at the Beacon Theater in Manhattan. Part of their annual and fabled 10 night run the band was hot. It is always nice to see and hear guitar playing like that. Derek Trucks (left) is an amazing player and I had forgotten how good Mr. Warren Hayes plays as well. Greg Allman is somehow still alive and doing well singing and playing one of my favorite instruments, the Hammond B-3 organ. 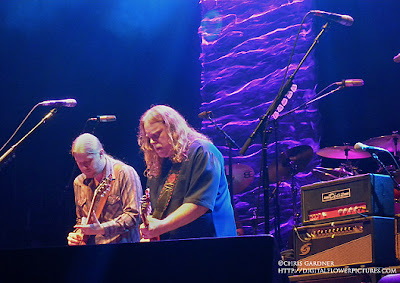 Thinking back the last time I saw the ABB was at the old New Haven Coliseum on New Years Eve 1982. That venue has since been imploded but over the years it really had been the site of some great concerts. The Beacon is an amazing place that, I think, is one of the few grand movie houses from the 1920’s that is still standing in NYC. The next day at work we were dragging a little bit it was well worth it. I do think that Derek is one of the greatest American guitar players ever. He is 32 years old now and has 20 years of professional experience. The band was joined by his lovely wife Susan Tedeschi for a few songs. It was nice to see her playing a Fender branded guitar instead of all the other Gibsons everyone was playing. This picture was one of the only ones I managed from our 2nd row seats.
Posted by Digital Flower Pictures at 7:02 AM

Envy your concert! We have Greg Allman's newest CD and like it. Second row seats, nice. our next concert is Nanci Griffith, then Carolina Chocolate Drops and Todd Snider. We live in an area where we get great shows.
(did I tell you we saw Leo Kottke? talk about amazing guitar work)

Greg's new CD is quite good. One of our clients is good friends with the Trucks family and he gifted us the tickets. I saw Nanci several years ago with Waylon. It was quite an evening and I have been a fan since then.