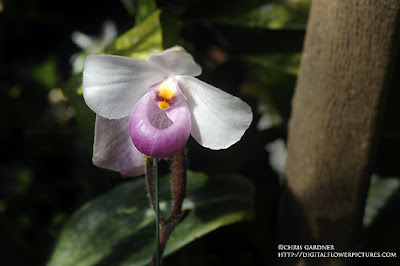 This Orchid is from the Patrick Blanc's Vertical Gardens Exhibit at the New York Botanical Gardens. The show was just okay for me. In my opinion there weren’t enough flowers and not as many as previous years. Comparing it to other year’s shows found a bigger assortment of flowers (different types) but a smaller quantity. The vertical nature of the displays wasn’t the most attractive and many of the Orchids were not signed or identified.

Overall the show was not as impressive as I thought it would be and that maybe because after winter I may have been trying to hold it impossible standards. I know a lot of work goes into a show like this and they did the best that they could. I usually attend the show twice every year but with gas prices they way they are I probably won’t go back. 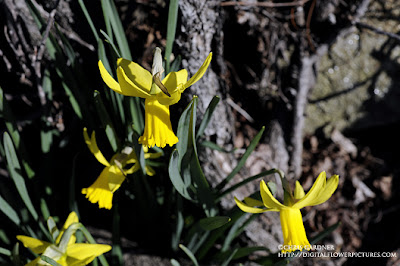 This was the first Daffodil I have seen blooming this year. It was tucked into a crack in the ground by a large south facing stonewall. It was a quick illustration on the importance of microclimate in the garden.

Posted by Digital Flower Pictures at 7:14 AM

What delicate looking beauties, so showy with their tones.

What delicate looking beauties, so showy with their tones.

I love the lady's slipper beauty!