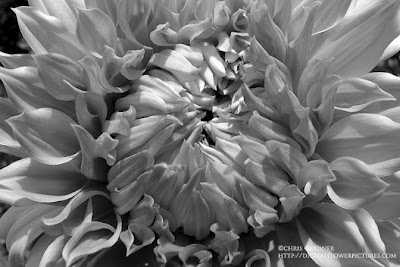 The flower pictures in this post were taken with my Nikon Coolpix 8400. It is a great camera that is chock full of features. It isn’t exactly a pocket cam (a little more bulky than that) but it is a lot smaller than the D70s that I usually use. My favorite digital camera I have owned was my Coolpix 4300 but at 4MP the files didn’t really allow for any cropping or enlarging. 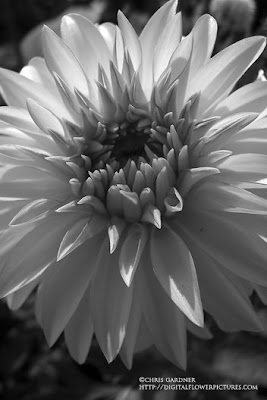 
The 8400 features a 24-85mm ED (extra low dispersion glass) lens, which is quite wide for a digicam. I usually run it in manual mode but sometime in the ‘A’ or ‘P’ mode. It has two user menus one of which is set to monochrome and the other has the color settings I use. It is handy to be able to switch between the two. When taking Black and White photos it is nice to be able to see what they will look like in the viewfinder instead of converting them later on. 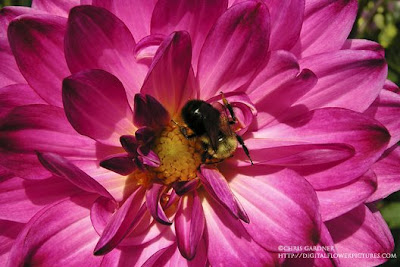 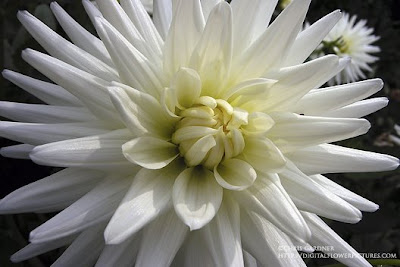 Right now both my wife and I are on the market for true pocket cams. There are so many to choose from that I will be stopping at a couple of stores to see what is available. My guess is they will be Nikons, :lol:, but we will looking at all the options. 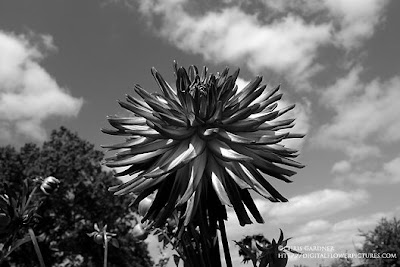 A Black and White Skywatch Dahlia.

A couple of these Dahlias are identified because I recognize them but usually with the small camera it is kind of free shooting time where I am not worried about the type or name of the flower just trying to take a nice picture.
Posted by Digital Flower Pictures at 9:20 AM