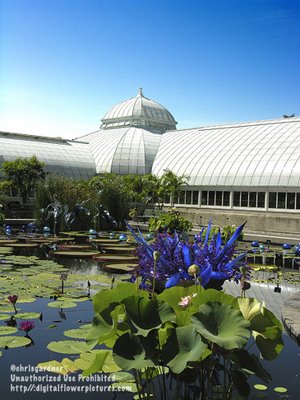 Chihuly at The New York Botanical Garden
Gardens and Glass
June 25 to October 29, 2006

I visited the Chihuly exhibit at the New York Botanical Garden on Sunday. It was fairly crowded compared to my usual Sunday mornings at the garden. I must admit to being fairly ignorant of Mr. Chihuly’s work until, in February, I stumbled upon the show at the Fairchild Tropical Gardens in Miami. So now I have now seen two major installations in six months! I must admit that I have mixed emotions about the art. My favorite pieces are generally the smaller pieces. The glass also looks good in the water gardens. The larger pieces are amazing but for some reason I don’t like them as much. The bowls are very interesting though I thought they could have used a better setting than the Nolen Greenhouses. In general I thought the colors and shapes fit the Miami garden better. The sheer undertaking of the exhibits is amazing in their own right. Much to their credit there was only a few pieces that were similar in the two shows. Each had been designed with the surroundings in mind.

I could go on about an hour about my thoughts on the exhibit. Even though I didn’t like some of it the art it did make me think about it. Which is what good art does to me. Mr. Chihuly brings some important elements to the garden, fantastic color, and structure. I would recommend that everybody attend at least one show. It’s stimulating.

I am going to try and upload two pictures today. Hey, it worked ;-) 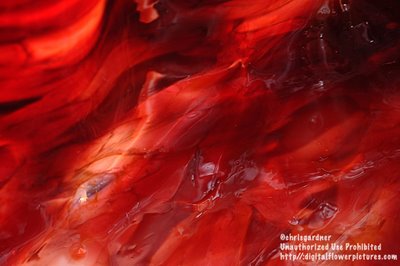 Posted by Digital Flower Pictures at 6:14 AM