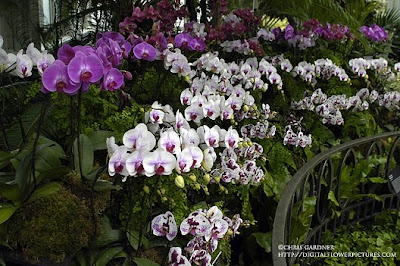 Yesterday I went to the Orchid Show at the New York Botanical Garden. The flowers were overwhelmingly beautiful but compared to previous years shows this year falls a little short. The idea of making the displays like various Broadway theaters was an interesting one and pulled off well but the loud looping show tunes soundtrack was a little annoying. I felt my Ipod could have provided a better mix of Broadway music. As usual Cymbidium orchids were the star of the show with many interesting colors and sizes. There were, of course, many other species and types for viewing as well. 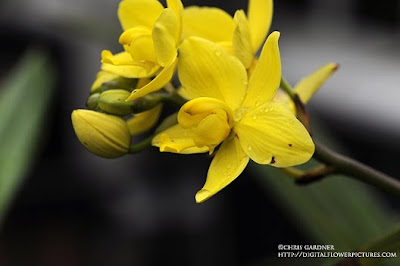 This little Orchid had outstanding color. It was off in the Special Collections Room and was putting on a nice show by itself. I had seen this orchid in Florida a couple of weeks ago and wondered about the name and it was nice to put it together. 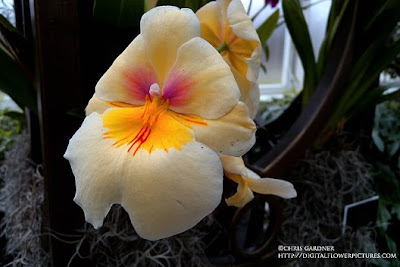 This was my favorite Orchid in the show. Having seen both of its parents before made it special as it did the wonderful primrose color and size of the flower. This picture captured a little bit of the glow this flower had.

The show is a nice respite from this insufferable winter to duck in to see and smell all the flowers and that alone makes it worthwhile to attend. The displays are immaculately maintained and everything looked fresh. I had three cameras (which is one too many) and these shots represent each one. The Phalaenopsis display (looked fabulous) was shot with the D70s and 24mm/1.8 Sigma lens. The Palmleaf Orchid came from the D700 with the 105mm/2.8 Micro-Nikkor lens and the Pansy Orchid picture was shot with the Nikon Coolpix P6000.
Posted by Digital Flower Pictures at 8:17 AM