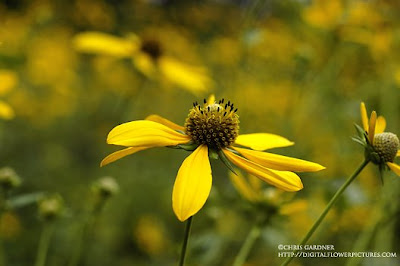 This plant can be a potential weed in the garden. I happened onto a huge stand in full bloom at the NYBG last weekend. The insects were loving the flowers and I was able to get pretty close. Jerusalem Artichoke has no ties to the city of Jerusalem and is not an artichoke (good name for the plant, huh?). It is a species of Sunflower native to the Eastern United States that Native Americans cultivated for food. I have never eaten it except for some pasta made from the tuber but it is widely cultivated and sold.

This Honeybee was busy and didn’t mind me sneaking in for a close shot with the 60mm. 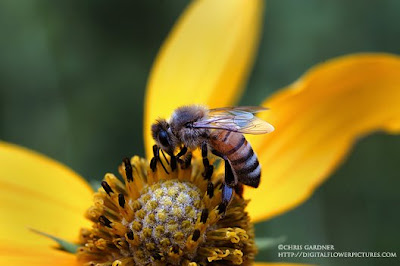 People have been clamoring :lol: for pictures of Juno the new puppy. She has been a wonderful addition to the family and has fit right in. Here are a few snaps of her. This is a goofy shot of her when she decided she wanted to play with my camera strap. Ruby Tuesday has taken a maternal interest in Juno. She watches over her when they are not playing together. They have really hit it off. It is funny because Ruby is a 75 pounder and her head is as big as Juno's whole body. 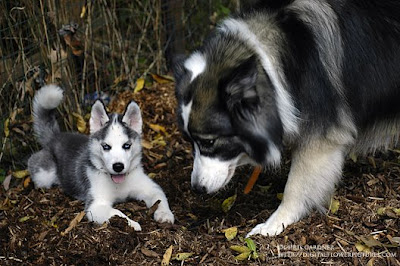 Posted by Digital Flower Pictures at 5:25 AM

Lovely flower as always, but Juno...what a treat to see his happy little face!

There ought to be a law preventing people from posting pictures that are just way too cute for the general public. Juna looks like she has an attentive godmother.

BTW, what's up with that first comment? It looks a little spammish.

What a pretty girl Juno is. Glad to here things are going good with her.

The flower is stunning - very nicely shot, especially with the bee. And Juno is the cutest thing ever!! How sweet. Her markings are beautiful. :D

Juno is adorable! And I never knew the name of that "weed", still love it like the bee. :)

I love the second image of Juno. That one is so cute, I just had to comment! So much personality...beautiful.

Juno is the star. What a delightful pup.All such superb images, he's a real winner.