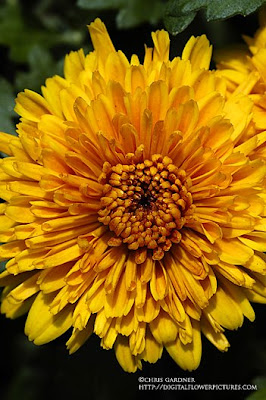 Time to kick off the Mum Season. This is two of the 36 I purchased yesterday. Twenty-one were in 4.5-inch pots, which are really small for a Chrysanthemum, so maybe those don’t count. The little rose garden we tend to was looking a little rough for under planting so we took out the Cosmos, Amaranthus and Violets that had kind of seeded in and used the small mums along the front border. Hopefully they will form a little carpet of color. For the larger gaps in the middle I was able to get some nice hybrid Frikart’s aster (Aster x frikartii 'Monch'). 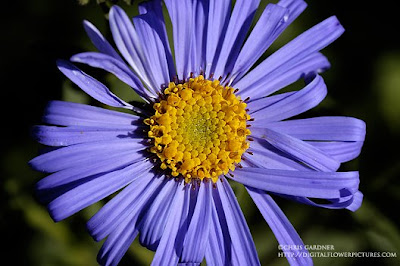 That is probably one of my favorite Asters. The flowers are quite classy looking and the plant stays relatively compact. It is a hybrid between Aster amellus x Aster thomsonii developed by Karl Frikart in 1920. This Aster is hardy to USDA Zone 5 and is less susceptible to powdery mildew than most species of Aster. They were just starting to show some color. Most of the Mums were like that also. Sometimes if you buy them this early they don’t last the whole season and have to be replaced. I snuck in a couple of flats of purple Pansies and the area looked a whole lot better, it had gotten a little messy. 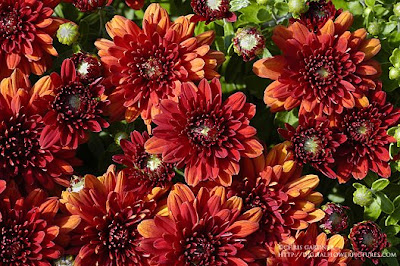 The yellow mum is Chrysanthemum 'Novare' and is a Belgian Hardy Mum. Though I sometimes wonder exactly where the ‘hardy’ mums are hardy. Only about 2 in 10 come back for me. I have had slightly better success in the last couple of years by not cutting off the dead tops at the end of the season. I have been putting some leaves over them also. Still I wouldn’t exactly rate them as hardy. When I worked at the nursery we used to call them ‘hardly’ mums. The red mum is ‘Camino’ which I couldn’t find any references to.
Posted by Digital Flower Pictures at 6:02 AM

The pic of Frikart’s aster is stunning.

At least this year mums were hardy up here. With the early and deep snow cover we had the ground never froze and I'd say 8 out of 10 mums survived. It's hard to believe how large and full the survivors grew.

hunky and kmf, thanks for the comments.

wise acre, Maybe the snow cover helped. We don't get a reliable snow cover here. It does seem to help most all of the perennials when we do. Thanks for visiting.

oh that blue - like to cover my kitchen with it sandy