More from the Orchid Show 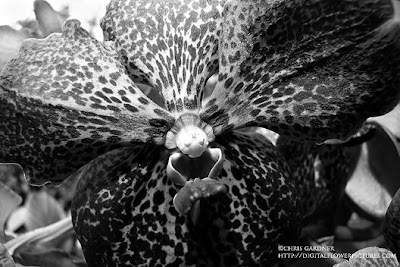 More from the Orchid Show

These shots are from the Orchid Show at The NYBG in March. I just found the memory card they were on. Originally I took a couple of pictures off the card and made a Black and White Orchid post and then lost track of the card. I have been going through some other downloads to make more room on my hard drive. Usually I would sort through the pictures before I put them on the computer but sometimes in the interest of time and having a clean card to go shooting with everything gets downloaded. Those include pictures with exposure, focus and subject matter problems. Sometimes they are photos that I think I will have a use for later but never end up looking at them again. 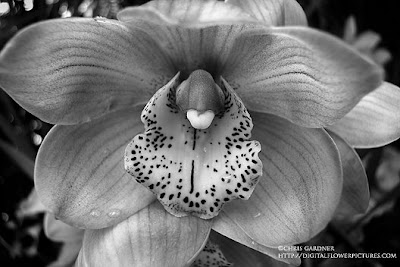 So some spring cleaning of my drives is in order, summer cleaning actually. I have already thrown out a couple of CDs worth of photos and there are more to go. In between playing with the puppy, work paperwork and everything else going on around here I am rummaging through the old files.

In order to add a little color to this post here is a fern and palm combination and a shot of the Orchid House that was used to display many of the small types of Orchids. 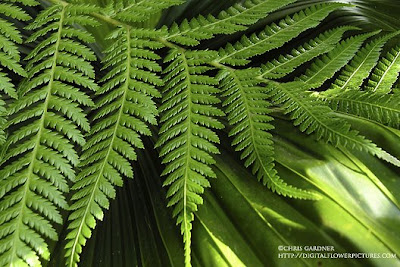 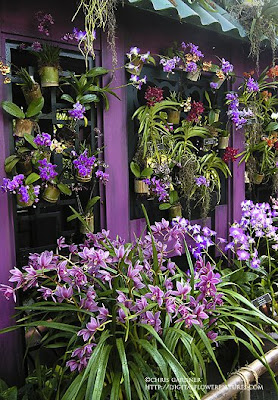 Posted by Digital Flower Pictures at 9:22 AM

These are lovely photos to share, Chris; be happy you found them. A sad weekend for me ... somone stold my camera ;(

Thanks, joey. Too bad about the camera. That stinks after you have gotten comfortable with all the controls and everything.

I would try and look on the bright side. You can probably upgrade your camera and pay less than the last one.